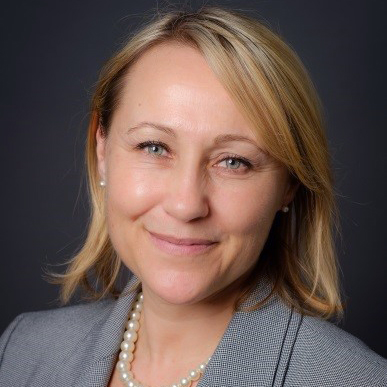 As Assistant Deputy Minister within the Labour Market and Information Division of British Columbia’s Ministry of Advanced Education, Skills and Training, Ms. Sawchuk leads the development and implementation of skills and trades training programs, and is responsible for analysis and dissemination of labour market information (LMI) for British Columbia. A key deliverable of her portfolio is the annual BC Labour Market Outlook, a comprehensive 10-year forecast of job openings used by students, parents, employers and post-secondary institutions to understand labour market trends and opportunities. As LMI continues to be a foundation of economic and social policy in British Columbia, Ms. Sawchuk will lead LMI quality improvements to help close gaps for under-represented and vulnerable populations.

Ms. Sawchuk received her Bachelor of Commerce degree from Royal Roads University, followed by her Certified Professional Accountant designation. A strong champion of continuing education, she has taught a wide range of courses through the Certified Management Accountants of British Columbia and in the broader public service.

Ms. Sawchuk has significant public sector leadership and policy experience spanning health, finance and economic development. As the former Executive Director for the Investment Capital Branch of British Columbia’s Ministry of International Trade, Ms. Sawchuk successfully led the first policy review of venture capital in British Columbia. This work resulted in the launch of the $100 million BC Tech Fund, a venture capital fund-of-funds which was launched as part of the 2016 BC Tech Strategy.

In 2013, as Executive Director with British Columbia’s Ministry of Jobs, Tourism and Skills Training, she led the renegotiation of the Canada-BC Labour Market Agreement in addition to a variety of complex change management initiatives, including the transition of over $100 million of provincial immigrant settlement services to the federal government.