Insights into skills and jobs advertised on LinkedIn in 2018

Home > All Publications > LMI Insights Report no. 10, Insights into skills and jobs advertised on LinkedIn in 2018

Figure 1. Insights into skills and jobs advertised on LinkedIn in 2018 Jobs are evolving rapidly as workplaces adopt new practices and emerging technologies. At the same time, our recent public opinion research surveys reveal that one of the top labour market information needs of Canadians is the skill requirements of jobs. To be successful, workers will need to hold the right skills, but there is little evidence that helps us understand these skill requirements. As a result, reports of skill shortages in Canada have been growing, placing renewed emphasis on defining, measuring, and assessing skills.

One of our recent issues of LMI Insights, "What’s in a Name? Labour Shortages, Skills Shortages, and Skills Mismatches", sought to clarify the discussion regarding these three closely related but distinct workforce issues. Assessing which skills are most in demand, and where, is difficult mainly because there is little consistency in how we measure skills.

In an effort to provide new and complementary insights on the skills that employers are seeking, the Labour Market Information Council (LMIC) has partnered with LinkedIn. The LinkedIn universe, with more than 15 million members from Canada
and more than 30 million companies across the globe offers unique insights into the labour market. Together, we examined over 400,000 Canadian Premium jobs posted in 10 major cities on LinkedIn in 20181 . The structured data provided to LMIC enabled us to summarize the most sought-after skills and job titles in 10 major cities across Canada.

Across the 10 cities, two aspects of the LinkedIn job openings posted in 2018 have been analyzed. First, based on the frequency of skills listed in the job postings, we document - following the LinkedIn skills taxonomy - the most common skill groups, as well as three representative specific skills associated with those groups. Second, based on the same job postings, we assess the most common job titles across the 10 cities.

We then analyzed the job titles. The top job titles in demand are simply a reflection of the number of Premium postings with that title on LinkedIn. Some caution should therefore be taken in making any direct comparison between the top skills and job titles reported.

It is important to note that all skills data collected through job vacancies are influenced by how companies choose to write job descriptions, which can vary based on professional, social, and regional culture. These variances were not accounted for in the analysis. The results of this analysis represent the world as seen through the lens of data collected via LinkedIn Jobs and may not be generalizable to the wider Canadian labour market or to the cities analyzed. In addition, the ranking of skills is based on their appearance in LinkedIn job postings, meaning the employers’ implicit ranking of the importance of each skill cannot be accounted for in the analysis. Thus, we have not explicitly ranked the skill groups or job titles.

Overview of findings: Thinking critically and working with others

Results show that while there is a wide variety of skill groups and job titles across the 10 major cities, several common features emerge. Three top skill groups appeared the most: Business Management, Leadership and Oral Communication2. In terms of the top specific skills within these groups, a variety of relationship-focused skills emerge, such as Change Management, Team Building and Interpersonal Communication. In addition, specific skills related to conceptual and critical thinking also feature prominently, including Strategic Planning, Organizational Leadership and Presentation Skills (see figure).

A diversity of job titles was also revealed. The ones most frequently posted in the 10 cities include Customer Service Specialist, Project Manager, Retail Salesperson, Salesperson, and Software Developer.

LMIC’s public opinion research surveys reveal that the skill requirements of jobs is something Canadians are looking for in terms of labour market information. And as jobs evolve alongside technological innovations, workers will need to hold the right skills to be successful. Shifting our thinking towards skills, while keeping an eye on job titles marks an important turn in how we think about Canada’s labour market.

With our three Strategic Goals in mind - collect, analyze and distribute labour market information and insights - our aim through this partnership with LinkedIn is to twofold. First, we want to provide the public with access to insights into the hundreds of thousands of vacancies posted on LinkedIn Jobs in Canada. Access to this information should complement other sources and augment our collective understanding of how jobs are changing. Second, and related, we think it is important to encourage a dialogue on the importance of skills and the role it plays in ensuring Canada’s long-run prosperity and the well-being of Canadians. The snapshot presented here analyzing LinkedIn job postings across 10 major cities in Canada is a step forward in this regard.

This LMI Insight has been prepared jointly by LMIC and LinkedIn. We would like to thank LMIC’s partners in federal, provincial and territorial jurisdictions for their suggestions as well as a number of experts who provided valuable feedback during the project’s inception phase, notably Sareena Hopkins and David Ticoll of our National Stakeholder Advisory Panel as well as Matt Henderson and Daniel Komesch of Polytechnics Canada. 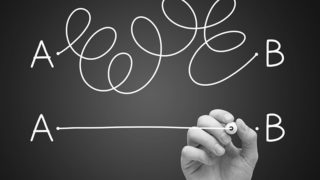 LMI Insights Report no. 7, LMI has Important Impact on the Career Paths of Canadians 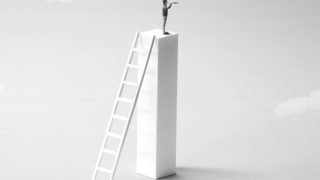 LMI Insights Report no. 8, LMI Most Wanted by Canadians: Wages and Skills 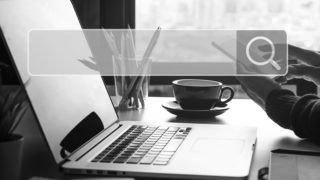