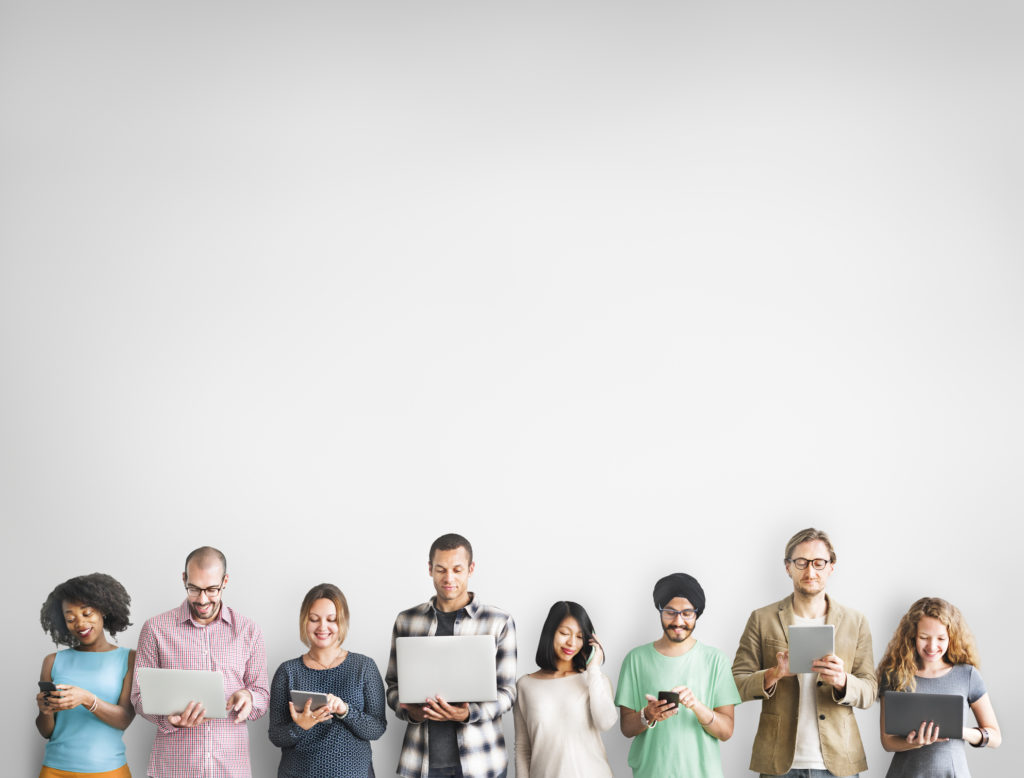 Immigrants have suffered greater job losses during the COVID-19 pandemic than Canadian-born workers. Our recent blog post illustrates that employment dropped, in relative terms, for landed immigrants at nearly twice the rate of their Canadian-born counterparts. In addition, since April the recovery has been slower for immigrants. Data from July show that among prime aged workers (25-64) Canadian-born workers have recovered 72% of the jobs lost in March and April versus a 40% recovery for landed immigrants (these figures are not seasonally adjusted). Yet at only 32%, the job recovery rate has been even lower for immigrant women than for their male counterparts. 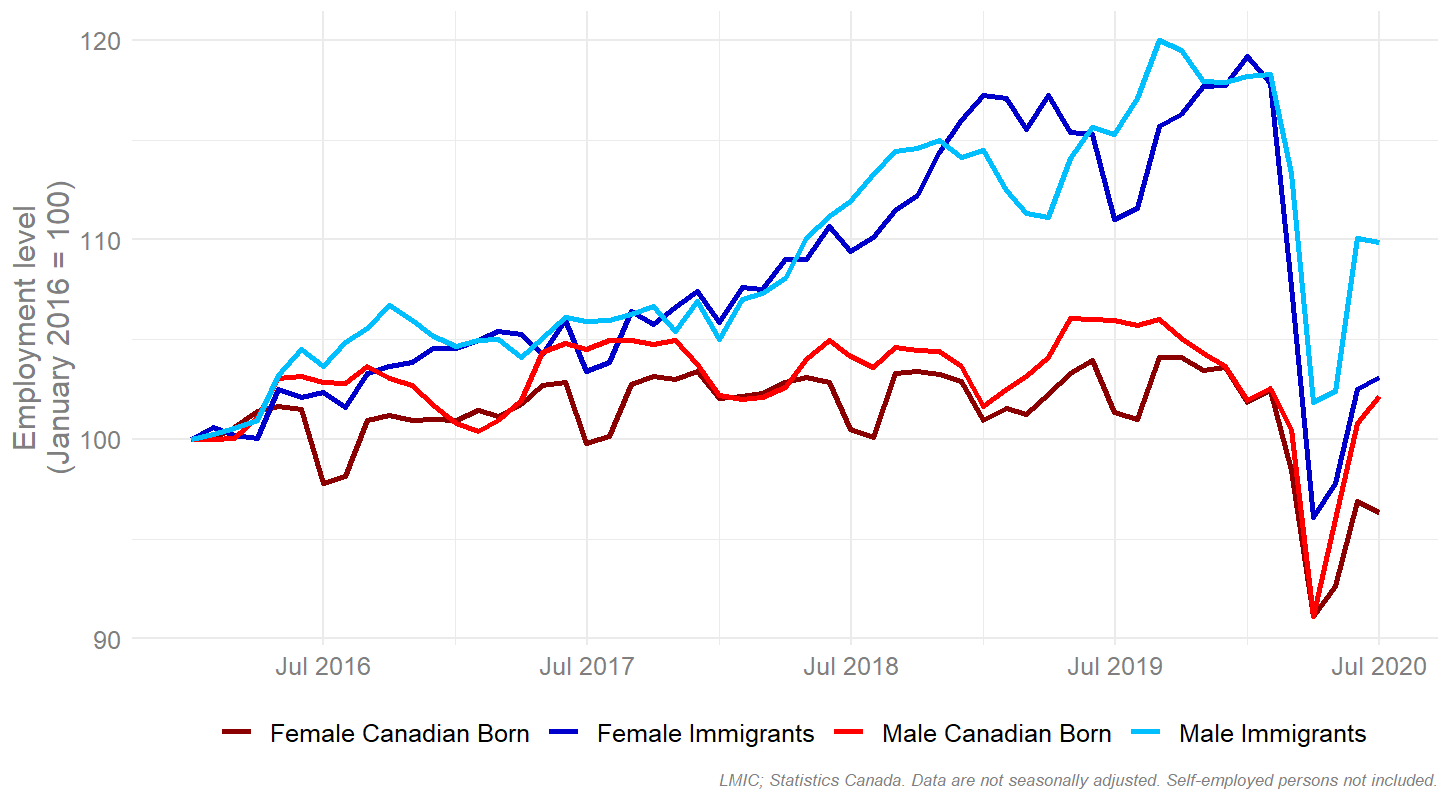 Immigrants in the Most Affected Sectors

The labour market impact of the pandemic is heavily driven by the industry in which one works. Both male and female immigrants were more likely to work in heavily affected sectors. Overall, the greatest job losses occurred in two sectors with more than 50% representation of women in the workforce: accommodation and food services (56% women) and retail trade (52% women).

Recent data from the Labour Force Survey show that among all workers, female immigrants suffered the worst job losses during the peak of the pandemic and the slowest recovery since then. This is partly due to their large representation in one of the hardest hit sectors of the economy: accommodation and food services. However, female immigrants had a higher recovery rate in retail trade compared to male immigrants since April.

LMIC will continue to analyze data as they become available to deliver more insights about the labour market and the current recession, especially the greater impacts on underrepresented groups. Stay tuned for more timely, granular insights from LMIC in the coming weeks and months.