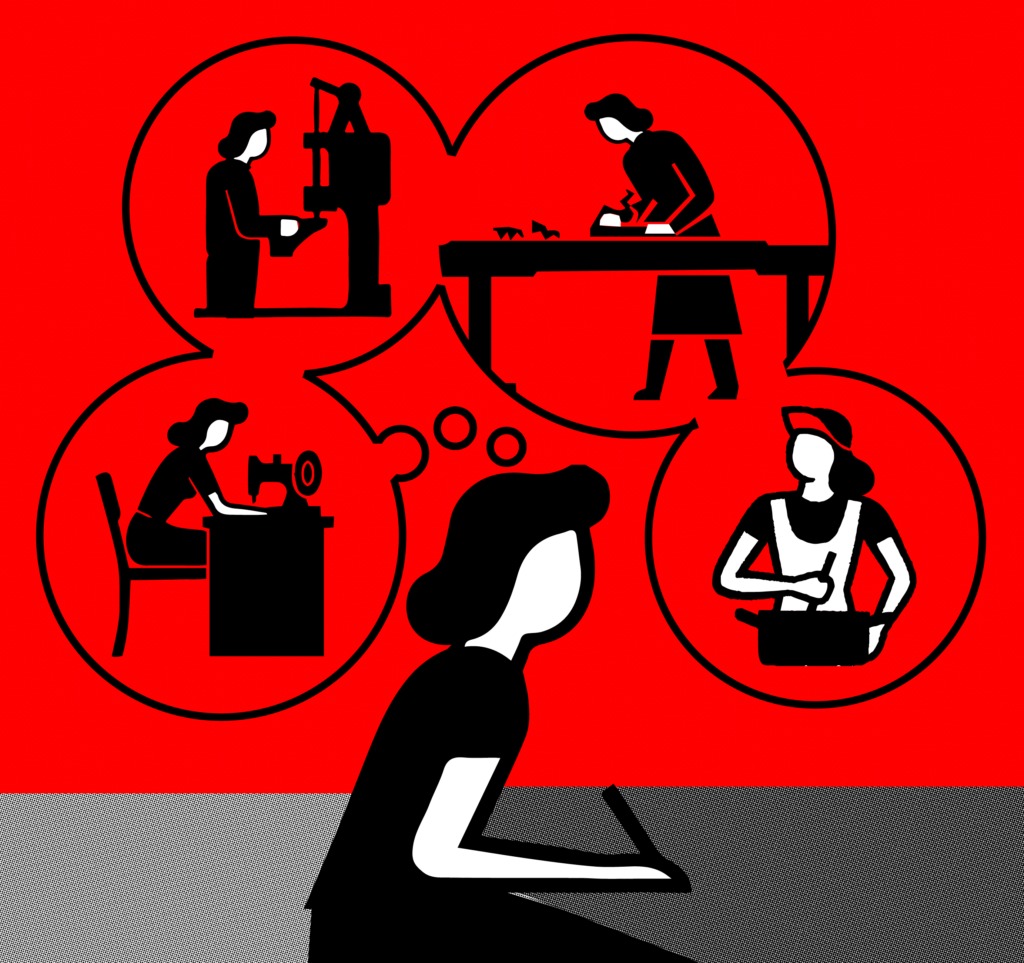 At the end of high school, I had to decide what I was going to do next. The only options I thought I had were to attend university or find a job straight after graduation. Entering an apprenticeship program to become a skilled tradesperson was nowhere on my radar. I had no idea about the career paths and benefits of joining the skilled trades, such as job security and the high earning potential that can be obtained (sometimes in much less time) at a lower cost compared with a standard four-year university degree program.

The decisions I faced several years ago are the same ones that young Canadians, particularly young women, face today (although in very different and uncertain labour market conditions). It is therefore important that they have access to all the labour market information (LMI) they need to make informed decisions. According to our public opinion surveys, information about “wages” is the most sought-after LMI data by students. Thankfully, LMIC and the Education Policy Research Initiative (EPRI) have teamed up again to look at the earnings of journeypersons (trade certificate holders) in Canada, including those who complete apprenticeship programs. This research on people in the skilled trades builds on our joint work that leveraged Statistics Canada’s Education and Labour Market Longitudinal Platform to explore the earnings of graduates from post-secondary education institutions.

To examine the labour market outcomes of training in the skilled trades, we use Statistics Canada’s Registered Apprenticeship Information System (RAIS), which links data on those who complete apprenticeship programs and qualify for trades with data on tax earnings, to discover the earnings trajectories of various journeypersons. We focus on Red Seal trades—56 designated trades that follow national standards and make up three-quarters of all trade certificates granted every year. The earnings of journeypersons in these trades are similar to those in other trades.

Figure 1 shows that Red Seal journeypersons make a considerable amount more, on average, in the seven years after certification than those holding a bachelor’s degree, college certificate or college diploma. The average earnings one year after certification or graduation for the 2010 cohort was $66,700 for journeypersons, $40,900 for those with a bachelor’s degree, $35,600 for college-level certificate holders and $34,400 for those with a college-level diploma. Although this comparison is not meant to be a cost-benefit analysis, given that courses of study take varying amounts of time to complete and average earnings vary widely for those in different fields within each type of qualification, Figure 1 still sheds light on average earnings.

While the average earnings of journeypersons are relatively stable over time, graduates with a bachelor’s degree see significant increases in their average earnings every year—narrowing their earnings gap relative to journeypersons from 39% ($25,800) to 14% ($10,400) between one and seven years after graduation or certification. Future data releases will allow us to follow these trajectories over a longer period.

While I’m content with how my education and career path has progressed, since I now work at an awesome organization, it would have been useful to have a more comprehensive picture so that my decision was the most informed. One important consideration for me would have been the fact that the skilled trades are male dominant, with men making up over 90% of Red Seal journeypersons. The trades with the highest earnings are electrical, mechanical and metal trades, where men make up over 97% of workers.

Cultural norms may prevent women from considering these trades. From my experience, the skilled trades were not even presented to me as an option; it was assumed that neither I nor my female peers would be interested. Also, there is some evidence of discrimination, which may deter women from entering and/or staying in male-dominant trades. However, things are starting to change. In 2018, the federal government started an Apprenticeship Incentive Grant program for women to help pay for their expenses in apprenticeships where they are underrepresented.

Further research and analyses are necessary to understand the gender distribution of journeypersons. We are working with EPRI to provide high-quality LMI about the labour market outcomes of apprenticeships so that Canadians, particularly young Canadians, can make the best decision for themselves. For more information and analyses of apprenticeship data, stay tuned for upcoming LMIC products.

As an economist with LMIC, Zoe Rosenbaum contributes to ongoing and forward-looking research projects related to labour market issues in Canada.